Dr. Albert Mohler, one of the nation’s most respected evangelical scholars and the president of The Southern Baptist Theological Seminary, told The Daily Wire that MSNBC host Joy Reid committed “slander against evangelical Christianity.”

In one of her recent episodes of “The ReidOut,” the MSNBC host claimed that evangelical Christians teach that they “don’t have to really worry about my fellow man, the poor, the immigrant.”

Reid’s latest controversial comments came in the midst of an interview with Robert P. Jones, the CEO of the Public Religion Research Institute, on Thursday’s episode of “The ReidOut.” Jones is a longtime critic of evangelical Christianity.

Reid began by noting that evangelical Christianity is “all about personal morality, which, in your view, sort of crowded out having to care about other people.” She then asked Jones if evangelical Christians teach a religious construct that basically says all that matters is if an individual sin, they personally seek salvation, and that’s just about it. She said an individual doesn’t really have to worry about their fellow man, the poor, the immigrant.

Jones replied “Yes.” And then he said that there was a “hyper-focus” on personal morality and personal sin that really does occlude any sense of social justice.

Dr. Mohler called the comments from both Reid and Jones slander against evangelical Christianity. He stated, “We face a concerted effort in the larger society and in so many in the mainstream media to depict Christianity as nothing more than social justice and evangelical Christians as missing the mark. That agenda is laid bare in the exchange between Joy Reid of MSNBC and her guest Robert P. Jones.”

Mohler said emphatically that the Christian worldview was based upon the two imperatives that came from Jesus Christ Himself, we are to love God and to love our neighbor. He also indicated that Reid used the term evangelical in “a sloppy, imprecise way … to describe a political rather than religious class of people.”

This mishandling of the term was reinforced by a 2019 Barna poll that shows that a quarter of Americans define evangelicals by their political conservatism. This definition, in such highly charged political environment, causes an intense level of hatred from many people.

Dr. Mark Tooley, the president of the Institute on Religion and Democracy, said that it is a popular sport to mock and stereotype evangelicals in ways that are rightly not acceptable for other religious groups. Tooley noted that evangelicals actually are typically generous to charity and to their communities. The Philanthropy Roundtable found that evangelical Christians have the second-highest level of charitable giving, behind members of the Church of Jesus Christ of Latter-Day Saints, but ahead of mainline Protestants, Catholics, and secularists.

Dr. Mohler said evangelical Christians’ generous, charitable concern for the less well-off grows naturally out of the biblical teachings they hear every Sunday morning. He described evangelical theology beginning and ending with the Gospel of Jesus Christ. That gospel, or more literally “good news,” is certainly about saving sinners, but it also loving the neighbor. And Jesus defined who a neighbor is in His parable of “The Good Samaritan.” It is people who may be in opposition to you.

Some of the arguments from evangelicals made it clear that both Reid and Jones are really attacking the evangelicals who are rejecting expanding government programs. They prefer public policies that enable local, voluntary efforts rooted in the community rather than government.

Trey Dimsdale, the executive director of the Center for Religion, Culture & Democracy, said that evangelical theology affirms the dignity and worth of every human being created in the image of God. It takes seriously the plight of those who suffer and it has motivated generations of believers to intervene in ways that affirm dignity and provide relief in the most effective and sustainable ways. 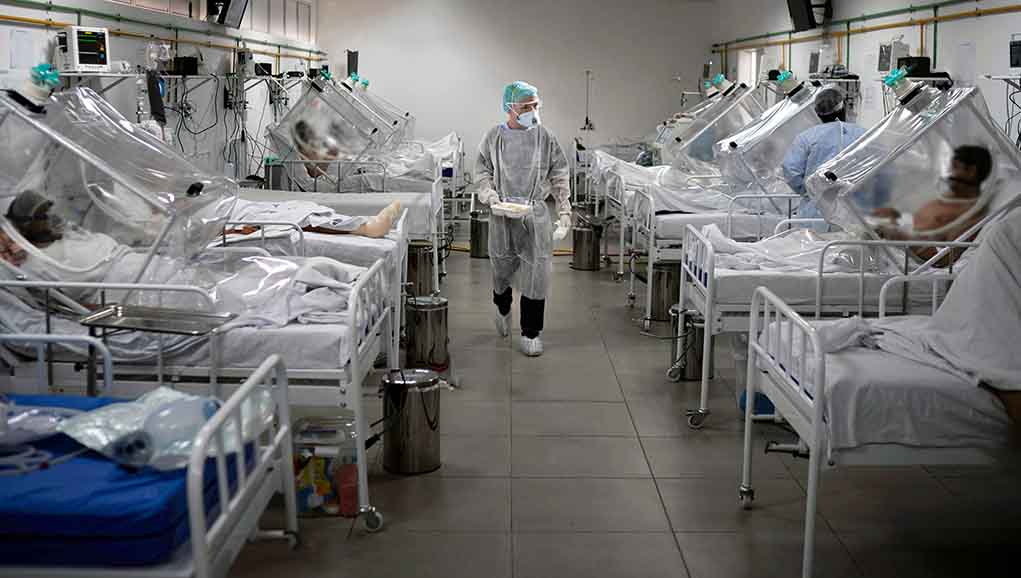